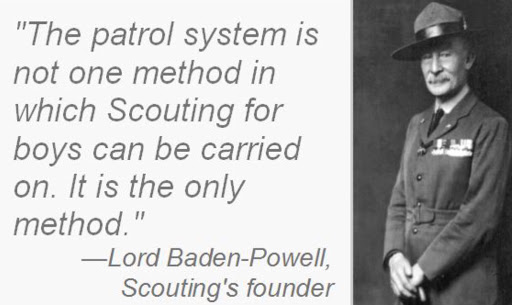 When I was a scout our troop had a very strong patrol structure, we had traditional names, wolves, eagles, arrows, and ravens, among others.

At the time a patrol had mixed aged scouts. My first patrol had other boys in it that were in high school while I was a very timid sixth grader. As guys aged out or moved on the scouts of my generation started dominating the leadership positions in our troop. The patrol leader of the Ravens became SPL, the wolves patrol leader became ASPL, the two patrols merged, I was the patrol leader, and after a few guys left the troop I had two guys in the patrol who were also serving as troop guides. When we camped the SPL and ASPL camped with us, we were in essence a senior patrol.

Then one of our Assistant Scoutmasters had a great idea, let’s form a pseudo varsity patrol. We would still provide leadership for the troop, but also have separate more mature adventures on our own.

Our troop really didn’t have a culture of patrols doing things totally separate. But even before we became the Varsity Patrol, we were having impromptu basketball practices on the weekends in anticipation to our then regular troop vs troop basketball/volleyball invitationals. So I guess we did have that culture.

We reshuffled the deck, one troop guide became senior patrol leader after the SPL left scouting, I became assistant senior patrol leader, the current ASPL became our defacto captain. There were side trips in Washington DC, there was a private cabin one time in Connecticut, ski trips, Appalachian Trail hikes and other things. It was a really great time. We finally could have our best guys compete together at district events. Did we win, not so much, did we walk around camp with a boom box playing Mama Said Knock You Out ... perhaps.

Our core group was together for about two years we started aging out, though none of the original members became eagles, that was ok. New scouts started joining, the second wave won district events and the third wave of the patrol was really successful (four of their core six became eagles). And best of all these years later there are still friendships among many of us.

Fast forward almost twenty years and I took scoutmaster training, it was ran by patrols. And it was so nice being in a patrol again, same with wood badge. That’s when I learned that the patrol method was one of the core methods of scouting. Makes total sense the patrol is a microcosm of the troop.

A few years ago one of my scouts was working on an eagle project. It was not looking good, he still had to find donations for a lot of tools and materials. And this brilliant young man was freaking out. So I said I might know someone. I called up one of the guys from that original varsity patrol, I probably had to spoken to him in 20 years, we are Facebook friends but hadn’t seen each other in forever. He runs a successful backyard remodeling and construction company, he asked for a list of what we needed. He called back a few minutes later and said he’d get everything.

A few days later he pulled up to the site where the project was happening, trailer full of supplies and tools. The boys unloaded the truck as we caught up. He said he had nowhere else to be for the rest of the day and he was put to work. The old jokes and stories flowed like no time had passed at all.

The project was a success. And we invited him down to a Friday night meeting to publicly thank him with a small plaque. I invited the other guys from our patrol. The four of us were back together. Yes we were older, fatter, balder and slower, but for that one night the gang was back together. We spent the bulk of a FOS presentation in the back of the room talking about our kids and lives since we were the varsity patrol. 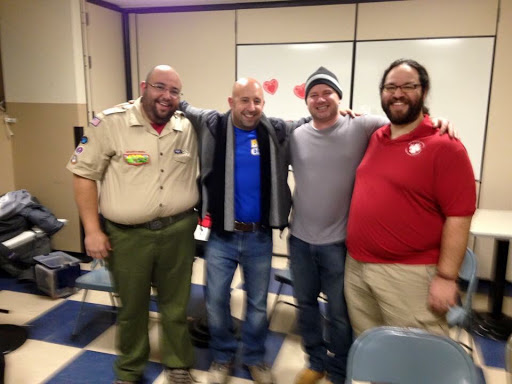 So yes the patrol method works. 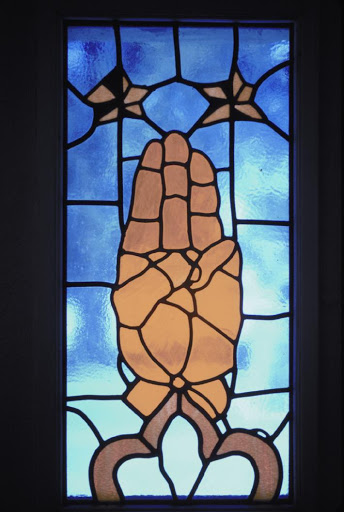 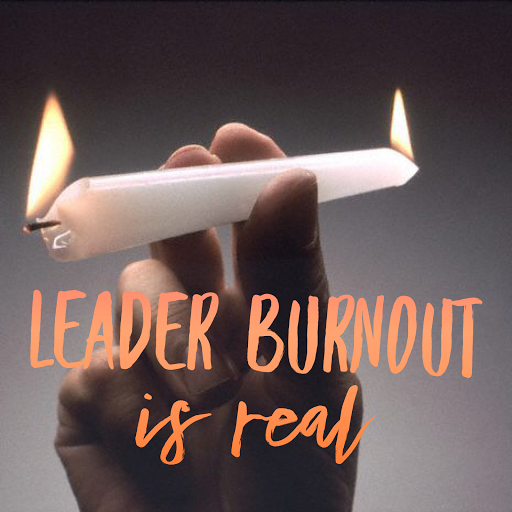